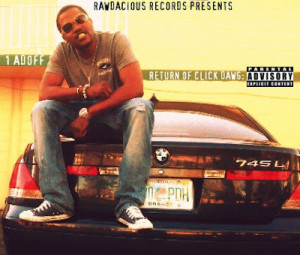 The EP is eight tracks deep with a lost track included, it kicks off in big style with “Bricks In The Attic” (The Orlando Anthem), 1 Adoff’s flow and the production merges perfectly. 1 Adoff spits every word like he means it and you know he does quotes on this track: “Started from an OZ filled up the shoe box, Fat boy rocks i betcha i can make a beat box” being one of many as he puts the world and the scene to reality.

“Sell Alotta Dreams” the EP single sees the production going big again courtesy of Jay Henchman, now I’m not usually a fan of singing in hip hop unless it’s Nate Dogg or Mary J but the singing on the hook (that don’t tell us who it is) really makes the track for me.

The EP concludes with “Pushin’ Hard” featuring Grandaddy Souf, another Orlando native, the vibe on a biographical tip and making observations on the scene and where he fits into it say’s this is a solid ending to the EP, both lyrically and musically.

All in all this is another quality release from a quality artist, it’s the way he can switch up subject matters, flows and styles with ease which really shines through. This EP comes after his 1997 Orlando Classic debut single “Shit Shol Shady” due for re-release in 2013, so do yourself a favor take 2 minutes to listen and get it downloaded.