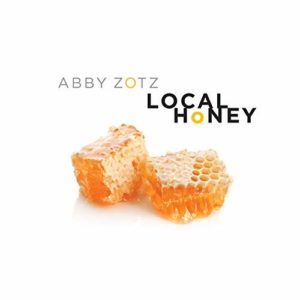 Critics from one end of North America to the other can’t seem to stop talking about Local Honey, the ambitious new album from Canadian singer/songwriter Abby Zotz, and just one listen to any of its stunning eleven tracks will clue you in as to why. Outfitted with a stylish production that features the caliber of high definition audio you would expect to find on a much more mainstream affair, Local Honey showcases an artist who has so much within herself to share with the world and has found the perfect medium in which to convey it. Her music speaks to the humbleness of mankind, but it also tells us a lot about the identity of Zotz as both a composer and as a human being.

“Big Hope,” one of the star singles from Local Honey, is by far one of the most exquisitely warm power ballads I’ve reviewed this year. Accompanied by a simple music video that features nothing more than Zotz playing an acoustic guitar and singing the affectionate lyrics of the song, “Big Hope” is a prime example of stripped down pop that utilizes melody over volume to capture our attention. Don’t let its surface minimalism deceive you though – beneath the delicate whisper of Zotz’ vocals and the accompanying instrumentation is a calculated arrangement that dexterously fuses influences from country, jazz and a touch of pop.

Although not one of the album’s singles, the song “Pirouette” is another essential excerpt from Local Honey that should be noted as one of the more evocative and poised compositions in Zotz’ repertoire. Focusing the spotlight squarely on her light, almost translucent singing while a storm of major key wonderment churns in the background, “Pirouette” has a timeless quality to it that is almost reminiscent of 1930’s vocal music. Zotz’ palate has so much depth to it, and this song is an excellent testament to her talents.

It would be criminal is any review of Local Honey failed to mention “Hush Baby Waltz,” which to me is tangible evidence that Abby Zotz isn’t just among the best singer/songwriters in the game right now; she towers over them. She doesn’t overcomplicate any of her music, but it’s moments like this one where there’s nothing but a guitar in her hands a voice to join it where we see just how melodically skilled she really is. She reaches into our hearts with Local Honey (and in this song especially), and the imprint she leaves behind isn’t one I’ll soon forget.

There’s a lot of reasons to be excited about pop music in general right now, but I don’t think anyone is garnering more attention and acclaim than Abby Zotz is. Rarely do I find myself agreeing with the majority of anyone on almost anything, but in this case the product is so divinely superior to everything else it’s up against that trying to deny its greatness would be futile. It’s still fairly early in her career to be certain, but if she keeps turning out records of this quality she’s going to find herself a part of the larger conversation in pop culture for some time to come.