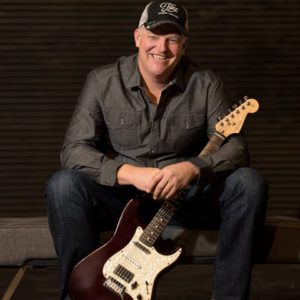 Albert Cummings – Live at the ’62 Center

Albert Cummings’ journey through the world of blues music has paid off with a loyal following allowing him the luxury of cutting a live album. His latest album Live at the ’62 Center draws the bulk of its material from his latest studio recording, 2015’s Someone Like You, but Cummins does an excellent job of providing his audience with a broad overview of his overall career and certainly makes a case that he’s every bit as talented as higher profile peers like Joe Bonamassa. The engaged crowd for this Williamstown, Massachusetts performance, Cummings’ hometown, clearly inspire Cummins more than a little and they are uniformly responsive to whatever he does. Live at the ’62 Center is a powerful audio document that makes a strong case the blues genre is as alive as ever, though its practitioners may not be as legion as they were thirty years ago or more.

Cummings likely wouldn’t deny it, but he’s got a rocker in his heart as well and the configuration of his band alone, including female backing singers and a prominent keyboard/organ role, tips his hand. The blues, naturally, forms a foundation for everything he does and the opener “500 Miles” illustrates that with ease. It’s blues, through and through, lighting up the song’s changes and informing its sound, but there’s a hard-charging swagger to the song that owes every bit as much to younger members of the musical family tree than Muddy Waters. Cummings isn’t all about the whiskey soaked hard loving blues rock style, thankfully. Songs like the album’s second cut “Finally in Love” and the later album cut “Cry Me a River” show off his softer side as a performer rather than marking him as bombastic blues lacking any subtlety. His enthusiasm for the music is apparent in his guitar solos, if nowhere else, and “Cry Me a River” is one of the more emotive moments of its kind on Live at the ’62 Center while the former track shows off some of the humor that’s an underrated ingredient in the best blues music.

“I’ve Got Feelings Too” continues that wont for incorporating some humor into the song’s for added heartbroken pathos and there’s a raucous go-for-broke quality coming off the band on this cut that’s impossible to ignore. It’s a very physical, raise the roof type of number and Cummings never cheats its need for energy. His Stratocaster driven lines are colorful, sinewy, and snap through the arrangements with electrifying results. Few songs illustrate the way his guitar can take over a song better than this track. “It Hurts Me Too” revamps a classic blues cover in Cummings’ own musical image and the results are memorable. The album’s penultimate number “Movin’ On” dives deep into some electrified swamp blues peppered with a funky bite and nicely seconded by the organ attack. Bringing these two instrumentals proves key to the success of many performances on Live at the ’62 Center and this is one of the most glaring examples of that. What a powerhouse blues album and it’s dosed with just enough rock and roll to get anyone bobbing their heads, tapping the feet, or shaking a white-knuckled fist in the air.