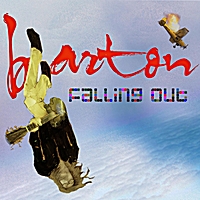 I always listen to the opening track extremely carefully. It’s the opening track the band or artists has selected to hit your ears first and foremost. The opening track “I didn’t Know” sets the stage rather well for this CD. It was a great intro piece that stuck in my head and had me eager for what was ahead. All in all the whole CD is brilliantly delivered with a powerful Punk Rock, guitar driven texture with songs that at times can bite you and hit you hard with serious melodic staying power. Music will remind you of Live, The Byrds, The Minus 5, to Pearl Jam and Beck. His bio describes it best: Portland, Oregon resident Kenneth Barton is obsessed with playing guitar. It began way back in 1976 when some of his schoolmates performed Three Dog Night’s Joy to The World for his 6th grade class. His Mom responded by renting him an acoustic guitar and by the time he’d completed high school he’d become nearly inseparable from his Gibson Les Paul. Barton was a bit of renaissance guy in that a number of other passions would interfere with his guitar habit as his life moved along. Barton is most well known as the guitar player and primary songwriter for the 1990’s bands Suntribe and Petal, but since 2001 he’s been largely absent from the music scene. Barton represents a fresh new voice in modern punk and present a strong message that’s aggressive, upbeat and highly melodic. “Falling Out” presents a very loud, youthful and at times even in your face sound. Each piece is real, not so overly- corporate sounding and very defiant in nature.

Unfortunately Barton has a sound quality that reminds you of CD’s released in the early 80’s – a bit dated and somewhat sloppy all around with the engineering. Some songs sound OK others need upgrade. Barton will also remind me of a variety of bands from the 80’s in the hey day of the Punk Rock movement like REM and Talking Heads. In the end this CD from Barton will simply make you feel more upbeat and positive and is a real jolt to the senses.