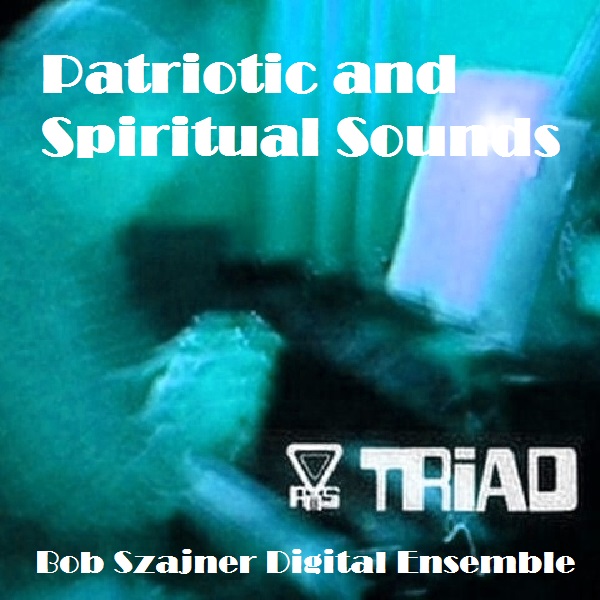 About Bob Szajner 4 Articles
A BRIEF BIOGRAPHY / THE BOB SZAJNER TRIAD Since the mid '50s, Bob Szajner has performed with many musicians in the "Detroit Jazz Scene". He has worked with Donald Byrd, Charlie McPherson, Lonnie Hillyer, Roy Brooks, Yusef Lateef, Pepper Adams, Frank Isola, and many other creative "Hard Bop" stars as a back-up piano player. In the fall of 1978, he recorded a twenty-seven tune session of his original compositions that were never played before without rehearsals or second takes. This was the "Triad" concept! The CD album "the best of TRIAD" (CD07TA8081/RMS007 Records) featuring Ray McKinney on bass and Roy Brooks on drums (The Bob Szajner Triad I) was the studio recording from 1978. The CD albums "the lost tapes" (CD07TA8104/RMS007 Records) and "center\\\cuts" (CD07TA8106/RMS007 Records) featuring Ed Pickens on bass and Frank Isola/Mike Gutierrez on drums (The Bob Szajner Triad II & III) were recorded in 1981 at "The Detroit Jazz Center World Stage". Also, originally recorded in 1981, The Bob Szajner Triad II live performance at the "Montreux Detroit Jazz Festival 1981" has recently been released (27 years later) on Cadence Jazz Records-Redwood NY (CJR1215) in their "Historical Series". And lastly, recorded live at the JazzCafe/Detroit Music Hall in the fall of 2008, "on the bench_in the zone" (CD08TA8107/RMS008 Records) featuring Bob Szajner on piano, Ed Pickens on bass, and Allan Colding on drums (The Bob Szajner Triad Iv) has just been released.
Website
IMAAI.org is a registered non-profit with the purpose of being a resource center and knowledge bank for Independent Musicians, authors, poets, performing artists, visual artists, etc. Originally founded as Indie Artists Alliance in 2005, we converted our organization to a non-profit late in 2017, eliminating membership fees to the website. Joining the site is free. During 2019, we will be adding a lot of additional features and functions to make this an even more valuable site.