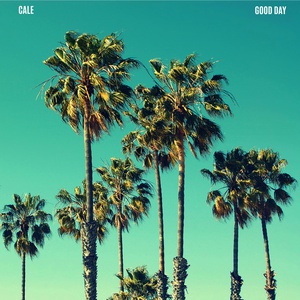 Chinese performer and songwriter Cale’s latest single “Good Day” follows up his late 2017 EP release Villain with a track brimming over with the same charisma and swagger that’s been his hallmark since first coming to the music world’s attention in 2010 as a young teenager. He’s soon to turn twenty five years old and the astonishing growth he’s experienced as both a performing artist and writer suggests Cale will be with us with some time to come. His instincts for the form are embodied by the song’s four minute running time – it’s a perfectly crafted track in the hip hop style and doesn’t sound uncertain at all while avoiding any hint of the self indulgence we’d undoubtedly hear from lesser performers. He has an veteran’s assurance and the urgency of a young performer taking great strides towards his artistic destiny. “Good Day” is Cale’s finest single yet and shows that his thirst for new challenges is growing with each new accomplishment.

There’s an understated ambition surrounding this song. It doesn’t announce itself with trumpets, literal or otherwise, but instead comes through it how it unexpectedly melds traditional musical elements like unexpected R&B influences with his obvious devotion to hip hop style. He cites American hip hop artists as influences alongside his Chinese influences and you can hear that in his music, but it has the good fortune to come across in an individual way rather than as some sort of slavish imitation. “Good Day” varies from a full on approach, emphasizing its groove at the strongest points, over to relaxing and paring away elements during certain sections. The chorus stands out thanks to a smattering of post-production effects added to his voice that fattens its sound. “Good Day” comes off as an unified effort from the first and there’s little doubt that Cale came into the studio for its session focused on a specific sound and end result for this track.

The vocal is its crowning achievement. He has a reassuring, lightly commanding presence from the first and keeps it balanced throughout without ever lapsing into any histrionic moments. There’s a definite pulse to Cale’s hip hop style that you can hook into from the first and it only grows even stronger as the song continues and musical feel for what the song needs to be most successful is unerring from the first. “Good Day” has a powerful and immediate sound that never becomes heavy handed while Cale serves up lyrical content that stays far away from the genre’s typically formulaic moments. There’s an immense amount of charisma and personality coming off this song and the confidence is palpable. Cale’s “Good Day” is as fantastic of a hip hop single as you’ll likely encounter in 2018 and has the potential for appealing to both casual and hardcore music fans alike. It’s a real corker from the first and has plenty of pop and musicality.