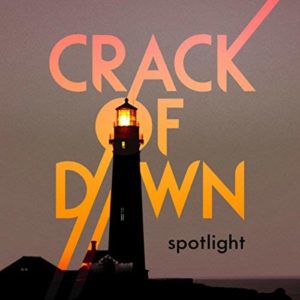 I truly believe that the number one reason why hip-hop, once the biggest and most lucrative style for the pop music establishment to count on to bring home the bacon year round, is experiencing such a tumble creatively and financially at the moment. Hip-hop is suffering from a complete and total lack of humility in 2018, and that’s really unacceptable when you think about the place that the genre holds on the mantle of western pop culture as we know it. This is an exciting time in music. We’re seeing dozens of new, hybrid genres built on the same foundation of experimentalism that once produced hip-hop’s forefathers and is very well producing some of the most important artists of this current generation as I write this article. If I were to make one suggestion to the biggest figures in the scene as to what to do or where to go next in terms of salvaging their sound, I would point them in the direction of a band that isn’t even trying to make rap music or hip-hop records. I would in fact send them to Crack of Dawn, Canada’s premier funk group that is changing the landscape for R&B right now and doing a lot to bring that genre into the future with slick production, sleek, danceable tracks and a mood that doesn’t fall into the self-absorbed hazards of commercialized overindulgence. Their new album Spotlight is setting the table for the 2020’s, and I can absolutely endorse it as my personal pick for most creative and forward looking LP of the latter 2010’s.

Crack of Dawn picked the right name when they were putting together their crew. Just like the start of the day, when anything and everything is possible for us as we embark into the unforgiving world that is our own, Crack of Dawn steeps their style in optimism and the belief that the musician, and not the culture around them, is the one in control of his or her own creative destiny. There isn’t an A&R influence, or a vibe that they were under some serious pressure to get this wrapped, pressed and out the door in time for a specific marketing season. Spotlight feels like an open house jam session, where we’re invited to sit in on a masterclass of artists playing music for the sake of the music and leaving their inhibitions at the door they came in through. Their American counterparts could certainly learn a lot from them as well, as when we juxtapose Spotlight beside the best and brightest that the States’ Billboard Hot 100 has to offer, there really is no comparison. Making music that is accessible to fans of all backgrounds is hard to do, but Crack of Dawn never get hung up on the details that surround making a thoroughly appealing record. They let their play and all of its illustrious rhythm do the talking for them, and that is more than enough to satisfy anyone who appreciates great music.