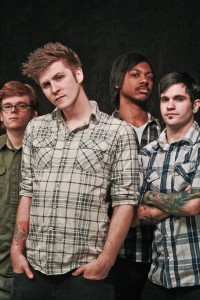 Bubba’s Rock Shak is proud to present nationally known Awake At Last, in concert on March 29th 2013 at 8:00pm. The concert will be held at Bubba’s Rock Shak located at 865 North Dupont Highway, Dover, Delaware. Tickets are $5 and available at the door on the day of the event.

Awake At Last is an American progressive-rock band from Dover, Delaware whose melodic sound is reminiscent of the platinum-selling rock band The Used. Formed in 2011 from various local bands, Awake At Last has two goals in mind: Show the rock world they’re a force to be reckoned with, and travel the world playing their infectious rock for all their fans. Awake At Last has released two studio EP’s and has self booked five nationwide tours since their self titled EP, Awake At Last in 2011. The band released their second studio EP, titled Mansion Of Memories in 2012. Their latest single, Let It Out, was released on March 1, 2013.

With the many changes in the music industry over the last decade, Awake At Last has found as many opportunities as challenges. According to the bands lead singer, Vincent Torres, “The music industry we currently have is a shadow of its former glory. It seems like the independent labels and smaller start up labels are starting to thrive a bit more than some of the major labels.” As a result Awake At Last has thrived on becoming a ‘Do it yourself’ kind of band. For the past two years they have worked hard booking and funding their own tours as well as funding all of their recoding projects. 2013 marks a two-year milestone of hard work and dedication of a band that will stop at nothing less then reaching the top.

Awake At Last is available for interviews. To set up a convenient time please contact:
Eric Blackway, (302) 359-6359, info@awakeatlastrock.com