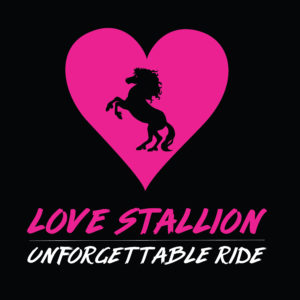 “Unforgettable Ride” is, definitely, one of the more unforgettable rock releases in recent memory. – Vents Magazine

“Love Stallion won’t be restricted to their home state long if they continue writing and recordings songs this good and their new album will likely expand their possibilities in ways they never imagined.” – MobAngeles

Inspired by the “big rock” sound of the 1970s and ’80s, rock stars like David Lee Roth and Freddie Mercury, and dynamic bands like Van Halen, Kiss, and Def Leppard, Love Stallion is charging onto the music scene with original glamorous hard rock. The band’s high energy live performances, flamboyant wardrobes of sequins, spandex and leather, and their signature “Sexy Disco Legs” have placed Love Stallion in the spotlight among Denver’s hottest tickets.

MTS Management Group has been brought in for publicity and promotion for the band. “This is the sound that I grew up with!” said Michael Stover, MTS President. “I was a HUGE fan of the hair metal genre, and I still listen to ‘Hair Nation’ on Sirius/XM. Bands like Whitesnake, Stryper, Slaughter, Winger, Warrant, etc. etc., were just fun acts to listen to. The musicianship was always top-notch and the live concerts were so exhilarating. Love Stallion is cut from the same cloth. I am so excited to be working with these guys!”

For a review or airplay copy of “Unforgettable Ride” please contact michael@mtsmanagementgroup.com.