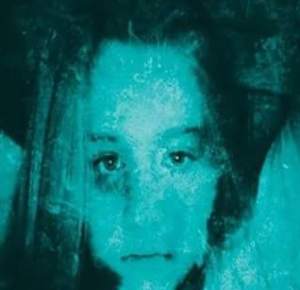 I had the pleasure of reviewing Doug McCurry’s debut solo record, ‘Seven Songs About Leaving’ back in 2011, along with his follow-up release in 2012 titled ‘Romance Like It Was’. I have to say that I was on the fence then where I could sense a true artist underneath with glimpses of greatness but wasn’t fully convinced at that time.  I even said, “Keep digging deeper and deeper Doug McCurry because I know you have it in you and I feel if Doug finds the perfect match & tone and just sticks with that then we will witness something very special”.  Well, I am very happy to announce that Doug McCurry didn’t just take this advice in stride but ran with it and proved me wrong!  And I couldn’t be happier to be proven wrong in this instance because I always knew Doug McCurry had major talent but just wasn’t tapped into his full potential as a musician.  The new album, ‘Doug McCurry & The Verticals II’, showcases Doug McCurry finding his true voice and true sound that doesn’t just work for me but works on a collective whole.  I have to say that I am no longer on the fence but am fully convinced now that Doug McCurry has arrived and that you are witnessing something special here.

‘Doug McCurry & The Verticals II’ is the second installment and follow-up to the 2016 release. This record was just released this month, April 2018, and I am already hooked on all 10 tracks.  McCurry always had that garage band-type element to the songs giving them that raw edge and you’ll still get that here.  Starting with track two, “Pretty Eyes on Fire”, I instantly connected with the cool, jam session feel to go along with the sing-a-long, snappy beat.  Next on “Precious Rose”, one will sense fierce and cherished moments all coming together like peanut butter and chocolate.  Track three, “Sugar & Lies”, will have you singing the sweet line “Sugar, Sugar” followed by the sound of seagulls at the beach set to an easy-breezy background on “Beautiful Pain”.  On the song, “That Josephine”, get a dose of psychedelic notes all to a suave rock backdrop and then hear Doug McCurry going all Beck vocally on “Devils & Crosses” where highs and lows battle it out.  Track nine, “No One Recalls Gary”, had a slick style musically but oddly enough had me cracking up because it made me think of a person I used to know named Gary and the funny inside joke my fiancée and I have when it comes to the name Gary; long story and so little time! The record ends on a very subtle and airy note on “Floating On The Wind” that sounds just like it’s written.

Overall, I am really impressed with this effort from Doug McCurry as everything was in sync musically & vocally. Dubbed as Alt-Pop-Rock, I’d agree with that to an extent, but honestly Doug McCurry should never be labeled because it is and always will be multi-genre, Experimental Indie music at its finest with no boundaries and no apologies.  ‘Doug McCurry & The Verticals II’ is able to stick with that formula while also appealing to the many senses from a Pop-friendly point of view.  I’d have to say Doug McCurry has done it and achieved his ultimate sound for Today & Beyond that I knew Doug would find eventually.  We don’t give actual ratings anymore but for the sake of this review I would like to since it relates and ties in with what I’ve been saying.  I gave the previous reviews mentioned 2.5/5 and 3.5/5 Skopes respectively but this review more than deserves a 5-star rating.  Just due to the major improvements I heard all around and the incredibly catchy rhythms, ‘Doug McCurry & The Verticals II’ gets 5 big SKOPES and nothing less!  Hat’s off to you Doug McCurry for creating music that’s loose, that’s hip yet classic and that just fits.