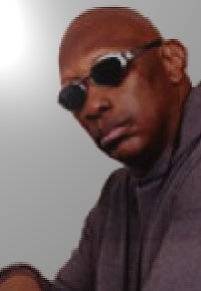 Besides being eclectic and true to himself, music artist Johnnie Newkirk does what he has to do. Being born musical and talented, a man has no choice but to succumb to prominence.

From Brooklyn, New York, Johnnie Newkirk grew up amongst an urban landscape filled with creative people. No wonder it rubbed off on him. In school, he was a choirboy and then as he got older, he started jamming with other musically-inclined friends and eventually, formed a group – The Components of Sound – in the 70’s. Johnnie Newkirk was a young man on the verge of becoming a breakout music artist. He learned lessons, he paid his dues, and now he knows what he wants to really do.

‘I don’t want them (my listeners) to run away from their feelings or emotions, but to embrace them, accept them and be grateful that they have them,’ Johnnie shares. To which we come to his very own album that’s filled with tracks that won’t peg Johnnie’s sound into a cookie-cutter mould. In his single ‘Had To Do What I Had To Do’, we are reminded of his desire to make music, to forge on, even when people find his music hard to label, and to a point, a total enigma of sorts. But keep on listening to ‘Had To Do What I Had To Do’ and you’ll slowly realize that Johnnie Newkirk is worth an earful.

Download Johnnie Newkirks’ single ‘Had To Do What I Had To Do’ at iTunes, distributed by JMD Records and INgrooves, a partner of Universal Music Group.