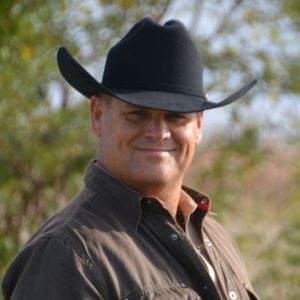 Incredible!  That’s the only way to describe the music and persona of country western sensation Hub Reynolds Jr.  I have to admit although I’ve interviewed thousands, Hub Reynolds has the most compelling story, similar to a Phoenix rising from the ashes. His foreordination lies within his music, and a career that was unexpectedly essential for him to pursue.

Lyrics come easy for him and his confidence runs high. He has  magically created a road that spells success for himself even after a difficult, and impossible couple of years. Aside from being a songwriter, story teller and singer, he is also an inventor, having created a unique product explained within our conversation.

A true country artist, Hub was raised in the midst of song and music, but wound up with a construction business. Eventually losing his business, millions and a couple of wives he wound up homeless, destitute, and hopeless. His experiences have helped him tell a story, and has motivated his success…here is his destiny…a tale of hope and inspiration…

“I really shouldn’t be here…I’ve got a life you wouldn’t believe”…from the artist.

Hub, how are you?

Talk to you, ask you questions, and everything you want the world to know…we already know that you’re a musician, but you are also a unique inventor …..let’s start there.

Well.. while I was homeless, you know I was homeless for six years and I finally got out of the street after six years last September… and while I was in the street in my little trailer box that I made a house out of I was working with Gypsy Rose Jewelry. I met Tracie and she was a photographer. I started out making jewelry for her company. I was hands-on, I can do anything with my hands, and I helped her out. Then she gave me some leather and I started making my own leather jewelry. I made leather raps like the Gladiators wore and called them HRJ Leather Raps. I was initialing them and selling them for studio money. I sold a couple of hundred of them for about $30-$50 each. Well, while I was homeless a biker crew came over to Walmart where I was living. They would bring me food or money or party and come over to visit with me and treat me like a person, not a homeless person. They all had these oil pens that they smoked, …. marijuana pens. I was making leather bracelets and everything and one of them said “why don’t you make a something to put these things in to kind of hide it”? I told them I would figure something out, and I invented this Leather  holster for these oil pens that has the marijuana in it. I invented it for the Harley Davidson bikers and they bought a couple of hundred of them. So now I’m releasing it. It’s called, “The Hubster”.  I tied in my name, it’s a holster which keeps it western and ties it into country music….I love marketing. It’s called “The Hubster” for your quick draw convenience. My invention has just been released to the world…

I don’t know why God gave me such energy Eileen….and you know what, I almost committed suicide. I almost took an overdose twice, I fell asleep behind the wheel, got hit by lightning, and almost hung myself twice….over a woman….over a wife. After I lost my corporation, I lost millions, but I paid everybody back, and I was broke afterwards….and she threw me in the street. But look, I’m still alive for a reason, because I believe in God and I believe I’m alive for a reason because he wants me to do something. I did 25 years of construction, and then somebody heard me singing while I was trying to reproduce Hub senior’s old classics and sent me to Nashville…. because they thought I was good enough to sing. Since then I’ve had two movie studios interested in my life story. God put me in a box and I’ve written 30 songs out of that story. I have documented this entire journey.

I didn’t know why I did it, but I did it. I took videos of this entire journey. I did 33,000 miles across America six times in my truck. I had no water, no electricity, and nobody knows that because I didn’t carry myself like a homeless person. I figured out how to wash, I figured out how to keep my clothes clean, and I walked the street like a man, but I went to bed at night in a 6 x 10 box trailer for 1920 days. Nobody knows that. I don’t want to die, and if I can’t go back to construction, and God thinks I can sing, I will use my talent and my brains and good looks, and get back home to my two boys who are in Georgia. They are my heart. My wife threw me in the street and I almost killed myself because of her. So now, I’m going to come back as Frank Sinatra. The best revenge is massive success….

So when did you start singing?

I was born on September 24th, and my real name is Russel Melvin Reynolds. My nick name is Rusty. I almost went with Rusty Reynolds as a country western artist, but…it just didn’t have the ring and I had to get a fan base. Hub Reynolds already had a fan base. He’s my supposed  Uncle… Hub Reynolds was my uncle, Melvin Reynolds was my father. Hub Reynolds got out of the service and went to live with his brother Melvin for a while. His brother thought he was fucking his wife and there’s a chance that Hub Reynolds my uncle is my real father. I graduated school with three “F’s”, two “A’s”, ….I hated school. I was dumb as shit. Then I got smart as hell out of school. I had no clue I could do all this. I decided what I was gonna do when I was living on the street and I put Hub’s music on cassette and I found a record label producer in Atlanta who would help me. I was in an $80,000 dollar Mercedes heading to Atlanta with a producer. We had a cassette on the seat plugged into the CD of his car and Hub’s old songs playing while I was singing to them. He turned off the radio and said, ” boy keep singing”. I kept singing and he said “I don’t understand why you aren’t doing what your uncle or your father or whoever he was did”. He said, ” dude you got exactly what it takes”. He said, “Let’s start on one of yours”.

So one of the first ones I wrote was “Country Girls Smile”. They sent me to Nashville on September 11, 2013 on a Sunday. I came there to the studio on Monday morning and I had never been in a vocal box in my life. I dressed for success. I had my uniform on, bucket hat, belt, you name it. No one knew me, I shook hands, and they thought I was a star, but I was nervous as hell. I went in the vocal box and they started playing the music that the studio house band put together, and I was singing to it. They started picking and playing to my style and I came out of the box after 45 minutes. Those young college kids in the band were so inspired by my style…they thought I it was awesome. The music came out great. I did the vocals in two cuts, they waved me out of the box and I was so nervous. I said, ” I know I could do better”… he said, ” what are you talking about, that was magic”.

I walked out with a CD and thanked the lord and hit the streets, getting it out there as much as I could. I went right to a radio station in Lebanon that had a contest called “Buy it or Burn it”. I walked in and asked for the production manager, she came out, and I gave her my song. It usually takes 30 days for a song to be played and she played mine the next afternoon. They played me at 4:00 and the fans voted and I won the contest. Then they played it again at 6:00 in Nashville on Tuesday evening. Thursday I got so confident I walked right in to Hank Williams Jr’s office and I talked to someone in his camp. He told me I was a star but that I needed 40/50 thousand dollars for him to represent me and I said, “Fuck man, I’m a homeless Son of a bitch”. I walked out of there and thought ” If I ain’t got the money, I’ll do this by myself”! Ever since then I’ve been working 18 to 24 hours a day, 7 days a week, I swear on my children’s life to make this work. You know what….I just want a simple house and to go back to my children. If the fame and fortune comes, I’m going to help a lot of people, and they are going to have to listen to my story.

I know you get a lot of support through social media and radio throughout the country, do you have any particular supporters you would like to thank?

My biggest and number one supporter and mentor for me and my music has been Bruce Jackson from the Blast FM Radio Network. Check him out at www.blastfmsocial.mediaFollow him on twitter @BruceWayne22