The SVTV Network is changing the world of online television, digital media, & entertainment within the LGBTQIA community, its allies, and advocates. SVTV Network (noun): Strong Voices Television, the SVOD, digital distribution network, created to serve the underrepresented LGBTQIA community, its allies & advocates in film, television, and digital media. More than just a SVOD platform but a purposeful, mission driven community, dedicated to educate, entertain, and inspire!
Digital media is defined by the SVTV Network as videos, movies, film, podcasts, music, and video games, from creatives of the LGBTQIA community, its advocates and allies.
Whether you are gay, straight, or indifferent, the SVTV Network provides a platform for a community of filmmakers, and digital creatives to be seen, and allow their Strong Voices to be heard! A community where fans, followers, and influencers can see the works of their favorites, and find new creators to support who look just like them from around the world! 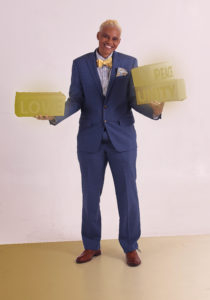 Eileen Shapiro: Please describe the major, or over-all theme or themes of the content of SVTV Network?

Sheri Johnson: Strong Voices Television (SVTV Network) the SVOD platform, offer a diverse grouping of content geared towards different spectrums of the rainbow, content covers various genres of digital media created for and by creators in the LGBTQ community and its allies. The network’s digital library is rapidly growing with licensing and production of diverse genres including series, movies, documentaries, podcast, music, reality series, short films, news, sports, live streaming events, and soon to include LGBTQ animation. In addition, the network strives to produce its own original series and content, including its recent hit original series “Stud Model Project”. Future projects are slated over the remaining months of 2019.

Eileen: What inspired the beginning of SVTV Network? Who created it and how?

Sheri: The creation of Strong Voices television was inspired by a shift in policies, regulations, and ad revenue from YouTube. These changes affected indie film makers and creators, but hit the LGBTQ community of indie filmmakers even harder. The pool of partnered advertisers were said to be an unsuitable match for LGBTQ content creators.

Having one of the top lesbian web series on Youtube (StudvilleTV), we took a dramatic decline in ad revenue from the YouTube platform. The series had garnered over 100k channel subscribers, and amassed over 5 million views over the course of 4 years on the platform. Sheri Johnson (that’s me) is the creator, co-writer, and Executive Producer of the StudvilleTV brand realized the effects of the changes immediately. Sheri felt that if StudvilleTV took such a hit, then of course other LGBTQ content creators/filmmakers on Youtube were also affected. With this observation, a network was born. In 2012, Sheri had written on her wall size chalkboard, ideas that should be included in the hit series, but within the collage of ideas and show topics was written the word “Gayflix”, an early idea to run an all LGBTQ content and distribution platform like Netflix. Years later, and after the effects of the YouTube changes, and four successful seasons of StudvilleTV, Sheri felt it was time to move on her vision for an inclusive digital media platform for the LGBTQ community to tell our lives, our, stories, our way. Included in her inspiration to start the media/technology company, Sheri realized that there was not much LGBTQ representation on traditional television networks; it’s a study that the national organization GLAAD follows as a part of their mission to bring equality to in television and film in mainstream media. Of course we now have the hit tv series Pose, Ellen DeGeneres , and Jamal of Empire, but mainstream media has a long way to go, the formation of Strong Voices Television was created to give a voice and equal opportunity to the LGBTQ community. Sheri Johnson, CEO of the network started the platform with a build it, they will come, mentality, but quickly had to become more business savvy in taking some hits while learning the business side of the industry, lessons she’s still learning, but expedited with a growing team of advisors and industry, tech, and financial leaders.

Eileen: How does someone find SVTV Network if they want to tune in? And are there hours of operation?

Sheri: Newcomers to the network can access content by subscribing to the platform via the website at www.svtvnetwork.com we offer various subscription plans to our supporters. For the month of Pride we are offering a 3 day FREE TRIAL to test drive our content. If Strong Voices content is not for you, you can cancel at anytime. Subscribers can watch content on our various apps, some which allow viewers to cast the network to their television screens. Our apps include iOS, Android, Roku, Apple TV, Google Chromecast, and Amazon Fire. Other apps are on slate before the end of 2019.

Eileen: How long has SVTV been around?

Sheri: The network has been in Beta for 2 years, and recently re-launched and re-branded with new content and technology. It’s been an upward journey of growth, networking, restructuring, and content curation.

Eileen: What does the Network offer as far as content?

Sheri: The network’s digital library is rapidly growing and covers genres including series, movies, documentaries, podcast, music, reality series, short films, news, sports, live streaming events, and soon to include LGBTQ animation. In addition, the network strives to produce its own original series and content, including its recent hit original series “Stud Model Project”. Future projects are slated over the remaining months of 2019. The network blog, is also a means to communicate our lives, our stories, our way, and reach our target demographics within the LGBTQ community.

Eileen: Is there a series that you’re most excited about?

Sheri: Our platform is excited about all the content and storytellers who trust us with the distribution of their babies, i.e. content projects.

However, I must say that I personally am excited about 3 projects on the platform,
Stud Model Project, Conframa, and Strowlers. 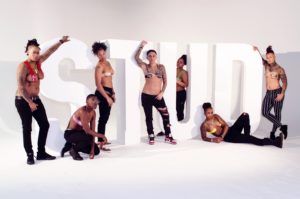 With Stud Model Project, assisting with bringing this series to fruition has been a two year process. I have never seen a more dedicated creator than Teresa Morocho, she gets it. I know how it feels to have a project that is your pride and joy, your baby. The series has become a hit on the platform and we are expecting greater things after the Season 1 completion, as we gear up for a Season 2.

Next, Conframa is a series that I fell in love with so much, I helped Executive Produce it. The series brings the male gay perspective with a serious plot twist to the network. I flew to LA to meet the team and cast and fell in love, so of course the network partnered with the series and Bawn TV to bring the series to the platform.

Finally, Strowlers the pilot season. I am a true Harry Potter and Star Wars fan, and to find a series that is LGBTQ, mystical, and magical, with a plot twist has me excited beyond measure.

Eileen: What is the Philosophy or brand of the network?

Sheri: Our mission here at the SVTV Network is to educate, entertain, and inspire a community of creative’s, its supporters, and followers by providing a media outlet for independent and established creative’s who are otherwise unseen and unheard. This allows creative’s to tell their lives, their stories, their way! The SVTV Network is here to create a movement for Strong Voices in digital media and a community to be seen, represented, and heard!
Part of our philosophy and main objective is to create a network of support through various events, partnerships and campaigns to give back to the community through education, partnerships, collaborations, advocacy, and representation in digital media.

Eileen: Can you mention some future projects to look out for?

Sheri: SVTV Network has several projects slated for the remainder of the year as we continue to strive to tell our lives, our stories, our way. In addition, we continue our efforts to grow as a platform, launch our Strong Voices campaign, and continue our philanthropy efforts and outreach. We also continue our efforts to build networks and relationships with advocacy organizations and support groups who take pride in supporting the LGBTQ community not only in film in television but beyond. One organization that truly stole my heart was GLAAD, which Sheri Johnson proudly joined as a member.

Eileen: As the CEO of SVTV NETWORK is there anything else you’d like to talk about?

Sheri: Running a tech/film/television company is not easy by any means. Our platform has always strived to think of the bigger picture and what it takes to achieve our goals and connect with our tribe. Sheri states that being an athlete, basketball and volleyball coach has given her the mental stability and determination needed to take on an industry that can be difficult for an African American, lesbian, CEO, entertainment/tech industry professional. You have to have tough skin in this industry, but the advice I would give others in life period is take nothing personal, follow your dreams with tenacity and resilience, fall seven times get up eight! Don’t ever listen to the doubters or naysayers, trust the God given vision that has been shown to you! Surround yourself with positivity, professionals, and find a mentor. Things may not be easy, but anything worth having never is. 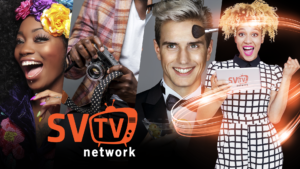 Check out our amazing line-up of movies and shows here:
www.svtvnetwork.com/catalog
Join the movement today as we carry the torch with a mission to bring equality to digital media through partnerships, collaborations, advocacy, and representation in digital media.
Become a part of the positive vibe as we move forward to support the mission of shaping the narrative of the LGBTQIA community in film, television, technology, and digital media. Become a subscriber, supporter, and advocate for the mission of the SVTV Network and the community it serves.
Subscribe Today www.SVTVNetwork.com

Visionary recording artist Ghostly Beard is releasing his highly anticipated new Classic Rock single “Going Away” on Monday April 2nd, 2018. “Going Away” is the second single off the soon to be released album […]

A fluorescent ray of white light and a rapturous, incandescent energy bedazzles the spirit of Chris Sluka, a relevant orgasmic profit and accidental revolutionary in both script and music. Often referred to as a […]