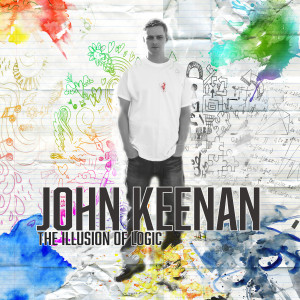 John Keenan’s New Album, “The Illusion of Logic” is making a buzz
FOR IMMEDIATE RELEASE

(June 10, 2016)- “The Illusion of Logic”, John Keenan’s new creation will hit the market in June. The album is an independent production done by John Keenan himself after the success of his previous albums. John has loaded the album with many beautiful songs like “Never Been Bought” “Refined the Focus” “Where I Wanna Be” and “My Expectations”. There are more melodious songs to win the hearts. As per the recent disclosure of the official reports regarding John’s new album, the new album of the independent hip hop star will bring a unique freshness in the hip-hop industry to break the conventional image of opulence and debauchery. In line with the reports shared by John Keenan the illusion of logic will deliver a totally new taste of hip hop music to the hip hop lovers. He shares his motive behind the creation of his new album and mentions that it is targeted to touch millions of souls through the amazing tracks of The Illusion of Logic.

According to John, the whole album photography is done by Janelle Etzel, videography by Alex “Doenut” Bleecker, marketing by Brandon Mills of Crew Marketing and Promotion, mastering by Kevin McNoldy and LeRoy Phillipson. The john keenan new album is professionally accomplished and a classy look has been provided to all the video songs. The new john keenan hip hop album can be affordably purchased from the online music stores or local music shops.

About John Keenan
John Keenan is an independent hip hop artist. He started an independent record label with Mark Keenan in 1999. John has so far independently produced many successful albums and singles initiating from “Mind of a Mad Man” to “The Illusion of Logic” – which is going to be released in June.

Official website of Artist/Producer John Keenan of Full Circle Entertainment. Where I Went Wrong, Imagination To The Nation, Illusion Of Logic. Late Bloomer