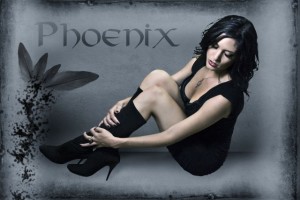 Genre: Rock
Subgenre: Alternative
Location: Winnetka, CA U.S.A.
Hello my name is Kristen and I am a singer songwriter from Colorado. My music is about empowering and uplifting people. I am an abuse survivor, and I wrote many of my songs about the abuse I endured and also my struggles with being adopted. Now that I am rehabilitated my mission is to use my music to inspire and help people in the same situation and all people through their struggles in life. My focus is to write music that has a message. I am a survivor and throughout the toughest times in my life all I had was my music, it spoke to me. Now I am creating music to do the same, it is an outlet for expression. I write with passion, from experience and from my heart. My hope is to reach out to my listeners and inspire them to make healthy decisions in their life and to choose to be in healthy relationships. My music is an emotional release of how I feel and I can be brutally honest. Too often we are unable to speak our truth and so I try to create an outlet that we can all relate to, my hope is to unite my listeners by creating something that is universal. My Debut Album is, “Phoenix”, come check it out, Thank You : ) XoXo Kristen

Kristen Faulconer. 32K likes. Be Sure to check out our Award Winning New Song, “History” Feat. Jason Sutter (from Marilyn Manson), thank you for your Support in our Music : ) XoXo K

Listen to kristenfaulconer | SoundCloud is an audio platform that lets you listen to what you love and share the sounds you create.. Los Angeles. 9 Tracks. 369 Followers. Stream Tracks and Playlists from kristenfaulconer on your desktop or mobile device.

I have just released my Brand New Single, “Slow Down” Feat. Raymond Herrera (from Fear Factory) and this song is on Xbox and THQ’s New Video Game Alive: MX vs. ATV 2011:

I am currently not performing, I am doing studio work now finishing up my debut album, here are some of the venues and shows I have played in the past year:

I have played several times at The Notorious Canyon Club in Agoura Hills, CA with various DJ’s and a show with DJ F N R M T R from (Dskotek) headlining. I have also played at The Beau Rivage, the Little Rock, Danny’s Venice Deli, The Buchanan Arms, Chronic Tacos, The Best in The West Competition and The Musicians Institute.