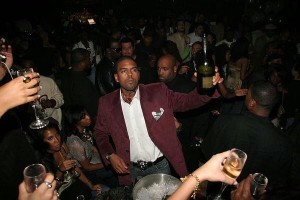 (March 16, 2013 – Oakland, California) The St. Mary’s College High School Alumni Community will honor one of its fallen, Shakir S. Stewart, posthumously by creating a scholarship in his name. An Oakland native, Shakir flourished as a leader at St. Mary’s, graduated from Morehouse College with a degree in Marketing, and become a concert promoter and successful businessman. He later became the Executive Vice President of Island/Def Jam Records. Stewart was responsible for signing such talent as R&B sensation Ciara and rap stars Rick Ross and Young Jeezy. He published the successive #1 hits in Billboard’s Hot 100 Chart as Destiny Child’s “Survivor,” Outkast’s “The Way You Move,” Beyonce’s “Crazy in Love” and “Baby Boy,” and assembled and organized Usher’s massive hit “Yeah” on the 12- time platinum album Confessions. Shakir died tragically on November 1, 2008, leaving friends and family with the task of the trying to determine the best way to honor his success and memory…that is until now.