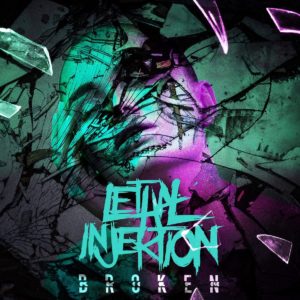 Tucson Arizona based cross over band Lethal Injektion exploded onto the music scene in early 2016. The band’s very 1st show came on January 8, 2016 at the historic Rialto Theatre in downtown Tucson. This event led to over 600 pre-sale tickets and Lethal Injektion made an immediate impact in their home town.

They immediately started recording with mega producer Matt Good (Asking Alexandria, Hollywood Undead) and released their 1st EP “Sex Is Power” on March 3, 2016 going on to hit #8 on ITunes for new releases, #1 on Amazon new releases. The highly anticipated LP ” Sex Money Power” was released on July 22, 2016 showcasing 13 songs including the single “Verbal Warfare” that featured Tech N9ne & Twista and reached #4 on iTunes, and once again #1 on Amazon where it stayed for 3 weeks.

The band began playing much larger shows, festivals and short tours and while continuing to grow the name and brand everywhere they performed. Lethal Injektion stayed hungry and immediately started writing & recording their highly anticipated sophomore record in late 2016. The band released “Judgement Night” on September 22, 2017 showcasing 16 songs including “The Crossover” & “Blinding Light” peaking at #2 on ITunes and #1 on Amazon. This album caught the attention of the world famous World Star Hip Hop. WSHH premiered the bands music video “The Crossover” which generated over 1.4 million views in 3 days on their website.

Cherie Oakley is taking the country music world by storm. The soon to be household name is already a country hit writer, penning Reba McEntire’s Turn On The Radio, which went to #1 on the […]