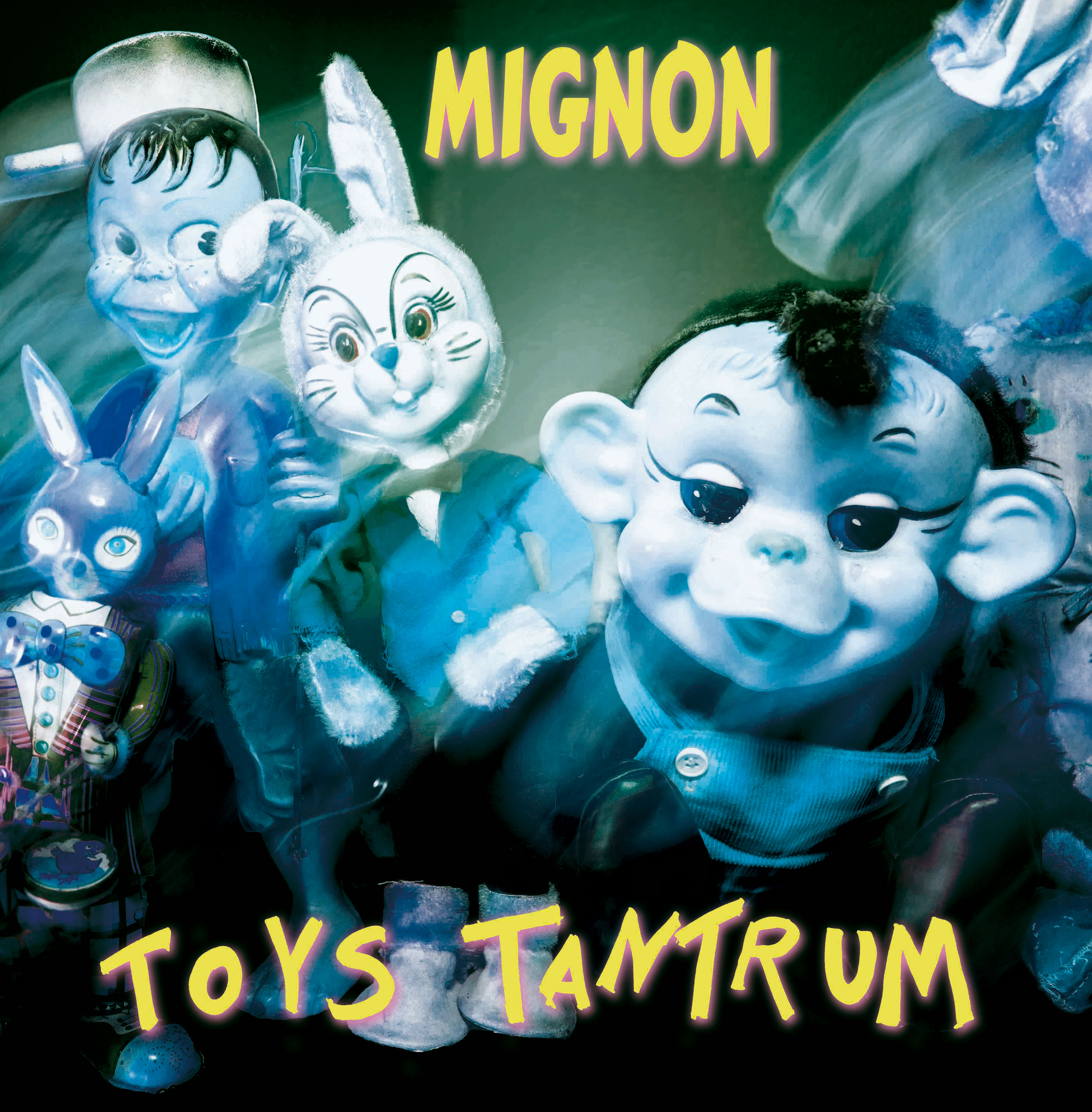 “Toy’s Tantrum” leads the listener into a world of creepy toys, dreams and dolls in an explosive package of Rock, Garage, Blues, and Pop-Psychodelica. Guests on the Album are Fredovitch from King Khan and the Shrines on Hammond Organ and Adrian Stout of the Tiger Lillies playing the singing saw.
All Instruments on this Album have been played live by the Band. Invited has been a String Quartet most recently noted for their collaboration with Rufus Wainwright also a Timpani and Trumpet player.
Mignon is exorcising her demons with an eclectically spookish mix of searing rock ‘n’ roll and Spaghetti Western-esque swagger. From the feverish 60’s-fuelled shakedown of ‘Make Believe’ and frenetic burn of ‘Bulldog” to the jubilant murder march of ‘Fiesta’ and hauntingly jaunty ‘Ghost of a Memory’. Toys Tantrum is a dreadfully addictive play date!