Nate Soundz is a phoenix rising above the ashes and emerging as one of the next superstars in the world of music. 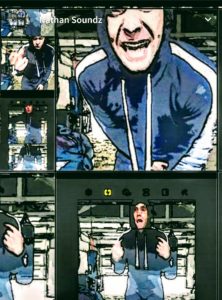 Nate Soundz is 33 years old living in Northern California where he grew up with his single mom. He began to write poetry and rhymes around 2015, which led to lyrics and recording around late 2017. In 2019 he began to teach himself digital production in FL Studio 20. With exceptional strides of increasing ability, dedication and the “SALE OF HIS ONLY HOME” he planned a debut series of performances in the summer and fall of 2020 but in light of covid19 has redirected waves towards the digital and social platforms. Nate Soundz aka Nathan Shaw is a father, Veteran, Self-Made Mc and Producer. His music is not genre specific, but his passion is rhyming sophisticated lyrics over bass heavy and dark Trap, Electronic, DnB, but the melodic Boom paps with a strong 90’s vibe is the bread and butter of his craft. 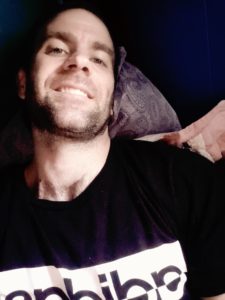 “Little Killers A to Z: An Alphabet of Horror” By Howard Odentz Now Available In Audiobook Format