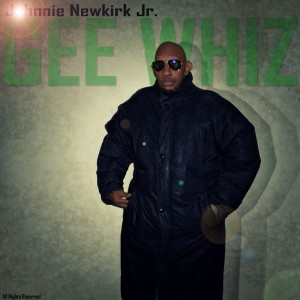 Johnnie Newkirk Jr is the Soulful Founder/CEO of NewCharles Entertainment. He is an extraordinary talent that is presenting his persuasive sound to the masses in Gee Whiz (look at his eyes), a song originally composed by Carla Thomas.

World Wide Web – February 6, 2013 Johnnie Newkirk Jr is the Founder/CEO of NewCharles Entertainment. He is also the primary artist for the label. Johnnie is a multi- talent, who is also an author, entrepreneur, designer, inventor, producer, performer and civil rights activist. He has recently released Gee Whiz (look at his eyes) and made the song his own.

The single Gee Whiz (look at his eyes) was originally recorded by Carla Thomas in 1960. The track was a personal favorite of Johnnie’s for some time, and he chose to re-create it with his own sultry spin.
Johnnie Newkirk Jr has a captivating soulful vocal ability. He naturally imposes a lingering vibrato with his warm and velvet tone. He is committed to producing quality music and believes in the importance of increasing music quality worldwide.
www.newcharlesentertainment.com