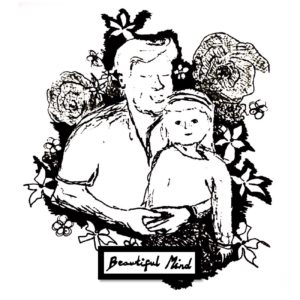 “Beautiful Mind” is the latest single from Nicola Thoms, and it’s a breath of fresh air by a new Pop artist for Soul and RnB music lovers too. There is a back story to her and the song she wrote about her Grandfather that are worth sharing. Nicola grew up being surrounded by soul and R&B music, and throughout her youth, long car journeys with her parents were always accompanied by the likes of Whitney Houston, Stevie Wonder, Candi Staton, Teddy Pendergrass, Michael Jackson and Lauryn Hill, and these artists very much lay the foundation for her love for music.

She also draws inspiration from more current artists including Amy Winehouse, Jhene Aiko and Lianne La Havas, but just the thought of Teddy Pendergrass being an influence on her is a point of interest because to put it mildly there was never a better Soul singer. You can hear some of these others mentioned, written all over her voice though. She compliments, rather than copies anyone, and that’s a hallmark of any great original artist. Her voice does all the rest needed to win you over with a song that hits home, where the heart always is and always will be.

On this single, her voice is simply enhanced by electronics to bring out the occasional flashes of energy throughout the song. There’s no music of any dominating force, it’s all a showcase of top notch vocals and her capabilities are as strong as they come. And the song itself being about her Grandfather is where the whole thing comes together, and you feel what she’s singing through the lyrics, let alone her astonishing voice. Frankly, Nicola leaves other singers of her generation in the dust. She’s the type of singer that sticks to your mind, body, heart and soul. There’s no arguing that.

Nicola’s Granfather being the subject matter of the song, it’s about being scared-of memories drifting too far, and some of the great things about her Grandfather. It’s almost like a dream with her singing to him, and/or about him. This is a very mystifying song because of her relationship with her Grandfather, and it just makes the song everything it can be. Laughter and pain are one in the same and you get the feeling you’re living the song. It’s a live animal that way, and an untamed one too. The lion becomes unleashed the second the song begins.

What a music education means is more than meets the eye, and that’s why Nicola sounds so mature for her age. She’s really been developing for some time now, so this single isn’t some kind of fluke, it’s guaranteed to come with follow-ups, as it followed up another track called “Nothing On Me” which is another story, altogether. But check out “Beautiful Mind” for all it’s worth, and you’ll be wanting to hear anything you can by this young and quickly growing singer from the East of London, while the rest of the world awaits without knowing what to expect from her. She brings fireworks to the ears.