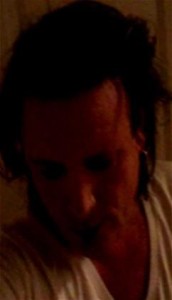 Peter London To Record Norwegian Wood By The Beatles. And An Original, At Capitol Studios In L.A….
Apr. 25, 2013 – HOLLYWOOD — Peter London, a well known San Francisco/Bay Area Adult Alternative singer/songwriter, who’s had commercial radio success, will be recording this Summer, 2013, Norwegian Wood by The Beatles, plus an original, at Capitol Studios in Los Angeles in conjunction with Atlas Records and Capitol Studios, for the future EP release, America. Peter London is also known for his song, She’s Going, featured on live 105.3 KITS and has teamed up with all-star Lineup and released a new EP on Atlas Records early 2012 that covered The Gorillaz “Feel Good” that has had tremendous success on Virgin Records Peter London has won the hearts of many music fans through out the world with his CD release Run Away on Atlas Records that gained instant attention from the music industry and radio with catchy pop rock tunes with full haunting full range vocals in the front was a big winner!
Peter London is on a Run Away train called rock ‘n’ roll and it comes in the shape of his new Single . London is a vibrant personality, singing and playing his way into your heart and consciousness as if it was his sole function in life to do so. His victory is complete on a purposeful release packed with the dynamic energy all performers would hope to harness in the studio.

Based in Santa Cruz California, home to a steady flow of sunshine and big waves, London is a well versed songwriter, guitar player and performer.
pgatlas02.wix.com/cd