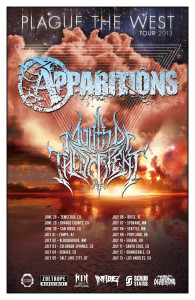 Mouth of the Serpent has been obliterating the underground California Metal Scene since February of 2008. The band inked their first World-wide distribution deal in 2012, signing to Dallas, Texas based independent metal label, Swimming With Sharks Records. The band recently completed its latest offering, ‘Manifest’ at The Lunchbox Studios in Sun City, California with Dave Franklin (ANA KEFR, HANDS OF A KILLER). Manifest features the artwork of praised metal-artist Tony Koehl (THE BLACK DAHLIA MURDER, EMBRYONIC DEVOURMENT).

Mouth Of The Serpent was formed in Los Angeles, California in mid-2007, and since have been cutting out a unique place for themselves in the Los Angeles metal scene. The band blends elements of metal core and death metal with the melodic ways of progressive metal. Their debut album, Inception was released in May 2010, and their sophomore effort, Manifest is also available. Both albums can be found at www.mouthoftheserpent.com or www.swimmingwithsharksrecords.com

Also, their latest music video, featuring the song Psychosomatic Disorder, can be found at: www.youtube.com/watch?v=MbRxTV1swhM&feature=share&list=UU9wh2RdrKAneTnw8Td7Z-Gw

The tour dates are as follows: