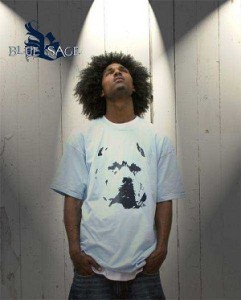 For Immediate Release
“Everywhere I Go” is the lead single off El Debarge Jr’s upcoming EP and gives fans a taste of what is yet to come. This song has a smooth R & B rhythm, clean lyrical lines & vocals that pop! ‘Everywhere I Go” catches the ear of the listener and tells them how he feels the love of fans who have welcomed and embraced him and his music around the country.

El Debarge Jr, son of the famous Motown singer El DeBarge, has the entire package. A singer, entertainer, performer, with model good looks. He catapulted onto the music scene in 2012 with his debut EP “Welcome To The Lions Den”. The lead single ‘Shawty R U Ok’ was an instant hit and received critical acclaim being named one of the Top 50 independent releases of 2012.

Since releasing the first EP, Debarge Jr has opened up and performed aside industry legends like Melanie Fiona. Debarge Jr also performed at this year’s annual Oscar Viewing Gala along with Freda Payne and Bonnie Pointer, to raise money for at-risk homeless youth living on the streets. He has been invited and will perform in Toronto Canada this June in one of North America’s premier music festivals “North by Northeast” (NXNE).

2013 promises to be Epic for this emerging artist. “Everywhere I Go” is the 1st track off the Upcoming album slated to be released later this year. The song is available for download on Itunes, Amazon, Spotify and most digital outlets. To hear more great music from El Debarge Jr, go to ReverbNation.