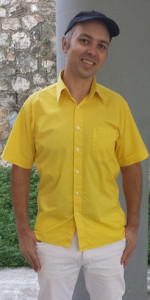 The debut album of Sakis Gouzonis, “First Contact,” hit shelves in 2008. Soon after the release of his debut album, Gouzonis established himself as one of the best young Greek composers and orchestrators, astonishing critics and audience alike with the beauty, depth and maturity of his electronic music. Greek and international radio stations began to broadcast his music.

To this day, Gouzonis has released 8 studio albums, has won a total of 10 international music awards and distinctions, and has gained more than 650,000 fans in 220 countries. Gouzonis has also performed more than 1,000 concerts in many Greek cities, such as Athens, Thessaloniki, Larisa, Volos, and many more.