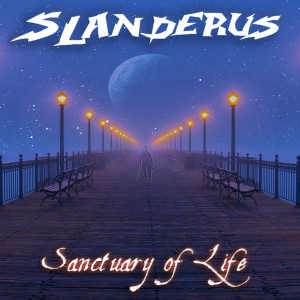 Slanderus
Slanderus is a progressive metal band from the Inland Empire, based out of Ontario, California. Their unique and original sound comes from a blend of classic metal such as Iron Maiden, Queensryche, Anthrax and modern metal like Faith No More, System of a Down and Dream Theater. They have been active since 2009 playing numerous live shows all around the Inland Empire, Orange county and LA county. They were voted Best metal band of 2012 by the readers of IE Weekly magazine. When it comes to their live shows they are like no other local band. Pushing the envelope with a memorizing self produced light and laser show that magnificently complements their live performance. Their latest EP released in September of 2015, Sanctuary of Life, is available on iTunes and all major digital media outlets.
www.slanderus.com/