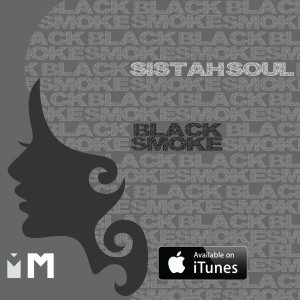 Speaking to the themes, Marwan explains, “This song is about living free and for you. The term ‘Sistah Soul’ is used in reference to the realization that a person no longer wants to be a ‘slave’ to something meaningless or materialistic. If you are not living in happiness then you are no longer living for yourself. You could hate your job, facing discrimination, become a victim of bullying, or reliving heartache in an abusive relationship; this is not freedom. This is when the spirit of ‘Sistah Soul’ steps in to remind us of what it really means to live free.”

Like previous releases, ‘Sistah Soul’ is proudly published as an independent single without the influence of the corporate music industry. A humble music artist, Marwan insists that his songs aren’t attempts at fortune or glory. “As always, my goal in recording and releasing music from is simply to offer meaningful musical bliss.”

Accompanying the track is an official video that is sonorous, heartfelt, natural and indicative of today’s folk-music revival. It is mysteriously positive and encouraging to all types of viewers. Both the track and video were produced by Christopher Gill and Gavin Shea of Nashville based company, HandMade Productions. ‘Sistah Soul’ is a track that will continue to inspire us, a remedy in harmony.

R. I. P. Richie Havens “Sistah Soul” is about living free and for you. The term ‘Sistah Soul’ is used in reference to the realization that a person no longer wants to be a ‘slave’ to something meaningless or materialistic. If you are not living in happiness then you are no longer living for yourself.

A versatile individual intrigued by the arts, Marwan Maurice is a passionate singer, songwriter, well-rounded instrumentalist and poet. His very unique sound comes from the multi-instrumental ‘One Man Band.’ He began his career in music after a successful profession as an international basketball player and realizing his heart and passion truly lives within music. His pursuit led him on a journey across the world throughout several countries, bringing the experiences of exploring new interests on different levels, helping him evolve into the diverse talent he is today.

“At their new location in The Nations of West Nashville, TN, HandMade Productions is growing rapidly. Owners Chris Gill and Gavin Shea have been full throttle since deciding to make a business of something they have been doing together since 2008. With a wide array of styles, and an ever-expanding hunger for new sounds and approaches to music, Chris and Gavin help artists from all over the world define and hone their own creative styles, while making quality audio and video productions tailored to their clients needs. For more information, visit HandMadeNashville.com.”
www.marwanmauricemusic.com