Without risks there are no possibilities. Actor, producer, and model Steve Hamm once a career army man decided to change his life’s role and become an actor. A helicopter pilot for many years in the United States Army, Hamm followed and accomplished his dream. At a young age Steve’s dad encouraged him to enlist. Once released from service Hamm decided that acting and modeling was for him. With lessons and persistence he did something many people most people only dream of…… 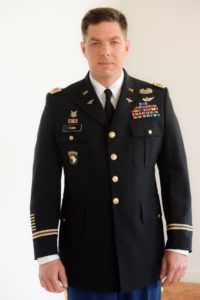 Do you use a particular method to get into the role of your character, and does that include research?

Yes. Once I receive the audition sides, I read through the whole scene multiple times to make sure I understand what is going on. Then I concentrate on my character. If I don’t get any character background information or the info is vague, I will contact the Director or writer and ask them for more details. If they don’t have anything, then I ask myself two basic questions: Who am I and What do I want? Then, based on the scene details and my character’s lines, I can formulate a bio and character description. This is where the creative juices start flowing. I can also utilize some life experiences, depending on the subject material.

My acting coach, Shannan Yancsurak of Shannan|Y|Studios, taught me these two important huge steps. Once you understand who your character is, then you can mentally visualize this character and deliver an authentic performance.

If you could be any actor in the world who would you want to be and why and it could be an actress as well?

Well, to be honest, there isn’t just one. For film, there is Denzel Washington, Daniel Craig, and Sean Connery. For TV, there is Mark Harmon, Jason Beghe (Chicago PD), and Julian McMahon (FBI Most Wanted). All these actors show professionalism and have tremendous screen presence, but in a quiet way. I admire their work and consistent dedication.

Do you get nervous when auditioning, or when filming?

Yes- when auditioning. I think most actors do. You should find a mentally “calm” place and then tell yourself “You’ve got this”. Bryan Cranston mentioned during an interview that you have to get out of your head. Just be prepared, make a bold choice and deliver your best performance. That’s all you can do. The rest is out of your hands.

Do you have a role which was most fun and what you got into more than any other?

Yes. I was part of a 48 hour comedy film project titled “The Last Doughnut”. My role was a military guy turned office worker. He would still wear some of his military gear in conjunction with his office attire.

This role was the most fun because I was able to improvise a lot of actions while keeping to the script. The cast and crew was really fun to work with as well.

What do you feel the best part of acting is for you?

The best part of acting is being able to pretend to be someone else and deliver a performance that either entertains the audience or is something they can relate to. 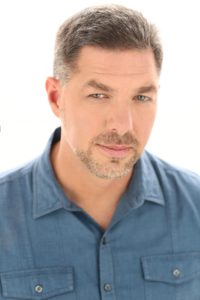 When this pandemic ends what’s the first thing you plan on doing?

Hopefully book more projects! Unfortunately, unless you live in LA or NY, there isn’t much work to book. Travel/Pandemic restrictions have put up some serious roadblocks.
I started doing voiceover work a few years ago. I have my own recording studio and editing equipment. Just another way to keep options open.

What have been your biggest challenges and triumphs?

My biggest challenges have been trying to book work from Ohio. There are more independent and commercial opportunities in Cleveland, but the major work comes from NY, Chicago, and LA. Regardless, I still look for work daily and keep my fingers crossed.

My biggest triumph is being grateful for all the work I have been able to get done. It’s a tough industry but you have to be strong, be prepared, and stay consistent.
I know who I am and what my brand is. The right projects will eventually come along.

Maximum model Sherry Nelson is a superstar both inside and out. Currently she is gearing up for some events in the entertainment industry when the world opens up. In the meantime, she is appearing on […]