SUE WONG is a study in contrasts. She appears petite, yet possesses a commanding presence and grand energy that fills an entire room. While there is power and strength in her designs, there is a romantic fantasy and poetic lyricism that informs her work. The elegant economy of her gestures belies the strength and determination with which she had managed her business for over three decades. This collision of polar opposites creates the frisson that fuels Sue Wong’s gorgeous designs and has established the Sue Wong Signature style over the course of decades. 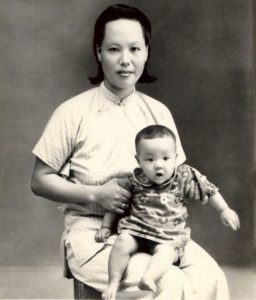 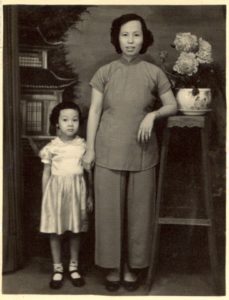 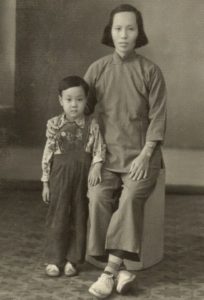 Born into humble circumstances in a remote countryside in Southern China, Sue was spirited away from her ancestral home at the age of five by her mother, who longed to be reunited with her father in America. Journeying to the United States a year later, mother and child reunited with Sue’s father in Los Angeles. As a child, her initial creative tendencies drew her to Art. For the daughter of struggling immigrants, there would be no budget in the spare family economy for toys; Sue would create her own paper dolls and their entire lavish wardrobe, practicing her nascent interest in Fashion Design. However, Sue started making her own clothes when she was nine years old. In high school she was chosen from over three hundred female classmates to be a member of the May Company Teen Board, and landed the opportunity to work in various capacities including modeling, window display and merchandising. While she was still trying to earn a degree in fashion, she interned with the resource brand Arpeja, after winning first place in a scholarship sponsored by the company, and apprenticed under the head designer. 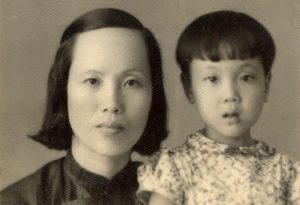 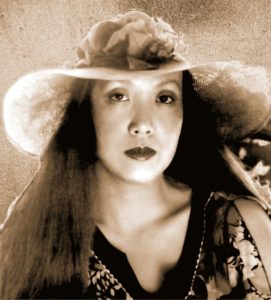 Sue Wong left Arpeja to open up a one-of-a-kind boutique shop in Bohemian Venice, California, and, later, another upscale boutique in West Hollywood with a stunning Art Deco interior. It was during this period that her signature vintage style was born and solidified. Sue took details from vintage garments from the Twenties, Thirties and Forties, extracted the hand-made detailing such as beadwork and embroidery and redesigned entire new garments, incorporating the detailing of the vintage embellishments into her new designs. These elaborate creations were displayed and hung from wires suspended from the ceiling to create a gallery effect in her boutiques. She attracted a glamorous audience and following including Bianca Jagger and Goldie Hawn who were drawn to the beauty, magic and uniqueness of her designs. 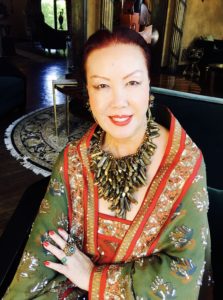 Ironically, after two design stints with smaller companies, Sue returned to Arpeja to claim the position of Chief Designer for the label Young Edwardian. She became an immediate stellar success, bringing the company’s sales from a mere 2 million dollars in revenues to over 52 million dollars within a three year period–a stunning, unprecedented accomplishment for the times.

Sue Wong next launched her namesake brand, rolling out an initial collection of Sue Wong day dresses and separates to critical acclaim in 1985. Eventually, she introduced more elaborate evening pieces in 1999, a move that would firmly establish her signature style of haute glamour, femininity and romantic vintage sensibilities. 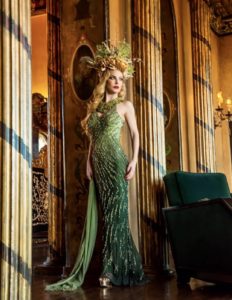 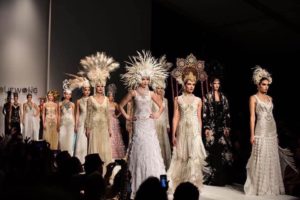 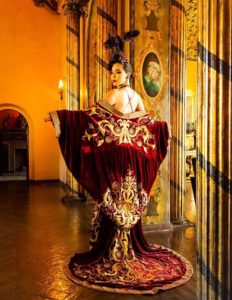 With each new collection, Sue Wong never fails to astonish, employing the revered age-old couture techniques implemented by the finest couture houses in Europe, and evoking the allure and glamour of various eras such as Weimar Berlin, 1930s Shanghai, Precode Hollywood and Manhattan’s gilded Jazz Age. While often adopting vintage style, every design belongs in the now and is decidedly very Sue Wong: exquisite fabrics shimmering with incandescent beads, unique embroideries and layered textures embellished with passementerie and soutache, which combine to create works of art that are graceful, elegant, unique and timelessly beautiful.

Sue Wong was the first American designer credited with bringing haute couture looks to the masses at affordable prices, thereby launching and solidifying her reputation as the Everywoman’s Couturier. She ruled the American Evening Market, selling to the highest level stores in America such as Neiman Marcus, Saks Fifth Avenue, Nordstrom and Bloomingdales, in addition to 27 countries globally, consequently becoming the number one source for the evening category and establishing the SUE WONG signature as a brand beloved and appreciated by women all over the world.

Sue Wong truly captures and embodies through her work her mantra of Beauty, Magic, and Transformation. It is the eternal feminine goddess energy that Sue Wong aspires to honor in every woman, creating beauty and sorcery that enchants as it empowers, leaving a trail of wistful romantics speechless in its wake… 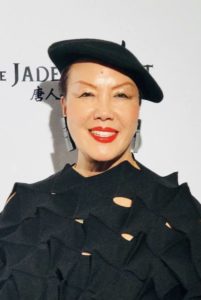 She has dressed countless celebrities including Anne Hathaway, Jessica Biel, Minnie Driver, Tyra Banks and Taylor Swift. She continues to be the proven Alchemist, continuing to expand her artistic canvas into design modalities for Fashion, Home, Lifestyle, Interiors, and SUE WONG signature Designer Homes and Hotels.

The SUE WONG Universe continues to be vibrant with activities, including the philanthropic formation of the SUE WONG Legacy Foundation, which will include her majestic historical Hollywood palazzo The Cedars and the future SUE WONG Fashion Museum, the latter to be birthed in Hollywood, the glamour capital of the world. Designer Sue Wong has archived a staggering 11,000 pieces of her favorite designs of the last 20 years; these will be displayed in the museum. The museum will also establish residency programs to inspire future generations of budding fashion designers from all over the world and make available to them the designer’s massive archival library of original sketches and motifs over an important period of her illustrious fifty year career. The SUE WONG Fashion Museum will be an integral part of her enduring legacy along with the bequeathing of The Cedars, which will be turned into a living museum of Golden Age Hollywood for future generations to enjoy. 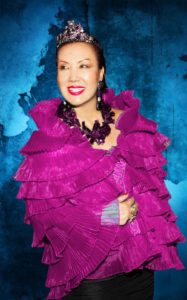 Then there’s the designer’s biographical movie, RED LOTUS, the script of which is currently being polished and fine-tuned. The story of RED LOTUS will chronicle Sue Wong’s epic life journey, from growing up in post-revolutionary MAOIST China to her wild halcyon days as a counter-culture Bohemian in Venice Beach, California where her long and illustrious career had its genesis. It is a story that will touch the hearts and souls of millions and serve as inspiration for many around the globe. The Sue WONG life story is one of hope, survival and redemption and has all the elements of a deep Shakespearean tragedy, with its themes of power, greed, fame, money, betrayal, and glamour. Success came at a great personal price and sacrifice, with huge struggles and dramatic upheavals woven in. It’s a story of unfathomable challenges, redemption and resurrection. Ultimately, it is a story of female self-empowerment and can serve as a story of inspiration for millions globally. It will be successful because somewhere within our core and humanity we enjoy stories about the invincibility of the human spirit and the power of the will to transcend adversity to not only survive but to thrive. 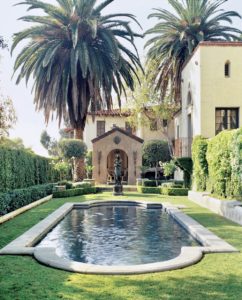 Meanwhile, restoration work in the form of SUE WONG DESIGNER SIGNATURE HOMES is on the designer’s immediate agenda with the purchase of a beautiful 1928 classic Hacienda style mansion in old historical Hollywood, which the designer plans to lovingly restore with her artistic panache and unique impeccable style. Finally, there are different parties proposing a chain of SUE WONG BTQ HOTELS for the designer to consider.

There is no slowing down for designer/visionary Sue Wong. She is just hitting her third wave, which she calls her Third Phoenix Rising. Sue Wong has demonstrated through her own life that one can achieve and accomplish one’s hopes and dreams — if one believes strongly enough in the power of one’s dreams to transform them into manifest destiny. She continues to live an exemplary life, the embodiment of her mantra of Beauty, Magic, Transformation.

Pavel Mirzoyan is an artist and a sought-after designer who brings over twenty five years of industry experience coupled with a creativity that has made him extremely well-known in Europe and North America. Born in […]