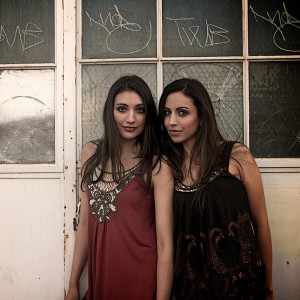 The dynamic sister rock/pop duo has been nominated for several awards for their popular record Stop & Go, which features “Hey Maria” as the title track. Sarah Snyder, guitar and vocals, and Stephanie Snyder, drums and vocals, have been creating buzz on indie charts and airwaves since 2010, both in the US and Europe, playing at high profile venues such as the Hard Rock Cafe and Whisky A Go-Go, performing live on network television, and receiving press coverage by dozens of online and print publications.

Deer Park Avenue kicked off a six-week-long high school tour to coincide with their release, bringing rock and roll to over 25,000 high school students in California. Their next performance in San Francisco is a benefit concert for WhyHunger on Friday November 16, for the John Lennon Imagine There’s No Hunger Campaign.

Deer Park Avenue’s single “Hey Maria” is available through iTunes at itunes.apple.com/album/stop-go/id460080222 and through other major digital retailers.