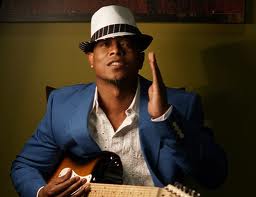 Calvin Richardson has released a hot new single titled “We’re Together” that is sure to top the charts with its upbeat tempo and feel-good vibe. The multi-Grammy nominated singer/songwriter wrote, produced, and recorded the tune with live musicians as he is renowned to do. Richardson released the single to iTunes and many other online markets on September 11th to suitably precede his approaching album and give his fans a tuneful taste of what’s to come. He describes his forthcoming album title, “Enough Said”, as his way of saying, “I have said so much over the years, and this is my 6th album, so once you make a bold enough statement there’s nothing left to say.” Richardson states in an interview with soultrain.com. The Prince of Soul uses his own life experiences as inspiration when writing his songs. Whether good, bad, happy, or sad, Richardson lets the world in his heart and soul through his music. Through “Enough Said” he plans to touch on matters of the heart and life that he’s never touched on in the past. This incredibly talented and charming Soul artist is definitely a triple-threat in the music industry with his melodic voice, ingenious lyrical creations, and his boyishly-handsome appearance. Richardson’s album is long-awaited and will unquestionably be expected to live up to its bold title “Enough Said”.