The Simonetta Lein Show’s Season Four is off and running… 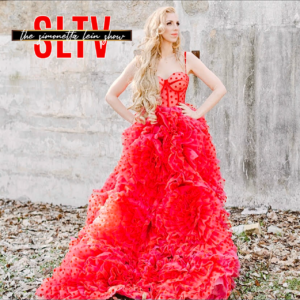 Named the #1 Short-Form TV show by Yahoo News and ranked 16th of all shows in the world by The Hollywood Digest, Season Four of The Simonetta Lein Show on SLTV has already broken 64 million views, and unbelievable number with just 4 episodes released. Guests for Season Four include Blac Chyna, Tom Arnold, Academy Award Nominee Eric Roberts and Bruce Bruce.

Simonetta’s prominent profile on Instagram has earned her more than 5.2 million followers, and she continues to grow her following by demonstrating her commitment to making a difference in her adopted city of Philadelphia and all around the world. 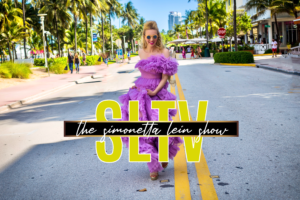 Originally from the north of Italy, Simonetta modeled for Vogue Italia, Vanity Fair Italy and Cosmopolitan while building a career as a renowned fashion influencer and spokesperson. She’s been a contributor for Vanity Fair Italy, La Repubblica, and La Voce Di New York, Forbes, Entrepreneur and Huffington Post. Her Book, “Everything Is Possible: A Novel About the Power of Dreams,” is a testament to her unwavering commitment to empowering her peers and herself.

Artist/Designer Garyk Lee has just released episode 6 parts 1 & 2 of his style tv show featuring Fashiona and an interview with the bigoted bully Loretta Christansenson from “Let’s Talk With.” Garyk Lee is […]

Influencer Simonetta Lein: “The Future of Fashion by Eileen Shapiro

Simonetta Lein is one of the top 100 fashion influencers in the world. A self-made woman, Lein has written for or appeared in Vogue Italia, Harper’s Bazaar, Glamour, Cosmopolitan, Fashion Week Online, and the list […]