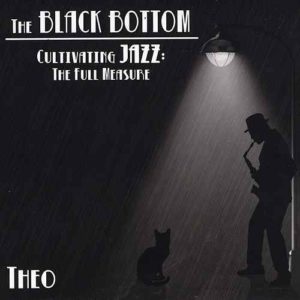 Theo Czuk’s album The Black Bottom definitely seems like a near obsession for the artist that resulted in a full length album chock full of original compositions and even a novel exploring some of the same subject matter. His ambitions for the album aren’t small. The Black Bottom seeks nothing less than a panoramic overview of jazz and its many different styles while still serving to audiences a coherent and complex collection that remains accessible to the widest possible listener base. Theo Czuk has succeeded on all counts. The dozen songs on this collection dazzle with the sheer variety of their approach and Czuk keeps the material working on a very accessible level throughout while never pandering to the lowest common denominator in an attempt to attract listeners. The Black Bottom is a remarkable musical experience in an era where such experiences are increasingly paltry and stands as Czuk’s most substantial achievement yet as a recording artist.

The album begins with its first instrumental and title song “The Black Bottom”. Czuk strikes pay dirt for the first time thanks to a fantastic bass line that anchors the track, top notch percussion accompaniment, and some appropriately restrained yet substantial keyboard contributions. Many of the songs on this release will succeed with jazz newcomers because, despite his pursuit of authenticity, Czuk orchestrates these songs in a way recognizable to anyone who’s heard a rock song and the first instrumental is a key example of this. “Cold Corridor” is the album’s first song with vocals and lyrics. It’s another home run for the release thanks to the abundance of concrete details in the lyrics and the familiar, albeit grim, world they paint a picture of. There’s a hint of the hard boiled or noir creeping in along the edges of his lyric that makes for a strong atmospheric experience. “Mi Casa Bossa” demonstrates, via its title, some of the humor that’s one of The Black Bottom’s strongest qualities, but it also demonstrates the band’s versatility by tackling a jazz/Caribbean/Latin mix that takes considerable chops to pull off – but Czuk and his musical partners make it sound easy.

“Let It Swing” has some of the qualities we’d associate with a musical workout rather than a traditional singer/songwriter styled piece but it doesn’t stick out like a sore thumb because of it. Instead, the song occupies a place as an enjoyable diversion and a testament to their considerable musical talents. Though it should be interpreted as no slight to Czuk’s songwriting powers as a lyricist, “Lunch Wagon on Highway 57” stands out as one of the best marriages of music and words on the album and Czuk gives us a superb reading of Kenneth Patchen’s original poem set to a memorable musical arrangement. “Good Night’s Sleep” has some humor and lyrical bite alike, plus ample musical energy, and “Pi to the Nth Degree” rates as another of The Black Bottom’s best instrumentals while exhibiting a different, denser sound than we heard on earlier cuts. The Black Bottom is an important work, more than just reverential, and will garner Czuk a more sizable following than ever before.